The US Weighted by GDP and Residential Property Values

You\’ve seen those maps where the size of countries or states is distorted larger or smaller according to their population? Here\’s a US map in which the size of counties are adjusted by the value of the economic output produced in that county. It\’s one of those useful maps where you see the world in a different way, by Max Galka at the Metrocosm website.

It\’s also just to look at how the 10 largest US urban areas appear at the end of the animation. 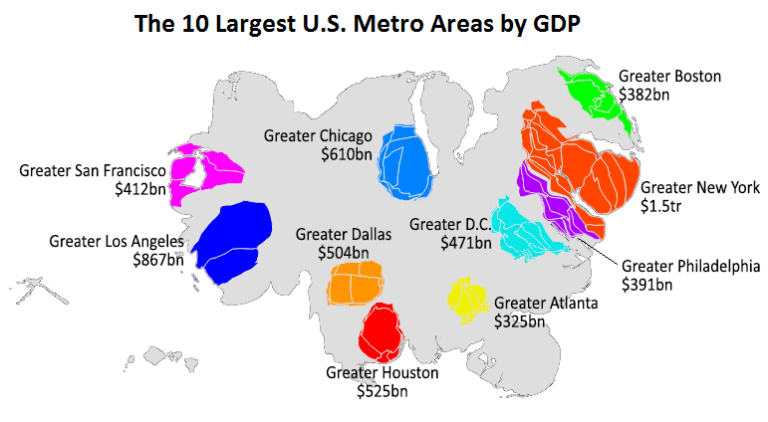 Here\’s another from Galko in which the US counties are distorted larger or smaller according to the value of residential real estate in that county. Thus big urban areas like the Washington-DC corridor, the urban parts of California, as well cities in Florida, Texas, Illinois and other blossom in size.

Galko has a bunch of fascinating animations over at the Metrocosm website. As one more example, check out his animation of immigration flows to the US over the last two centuries.